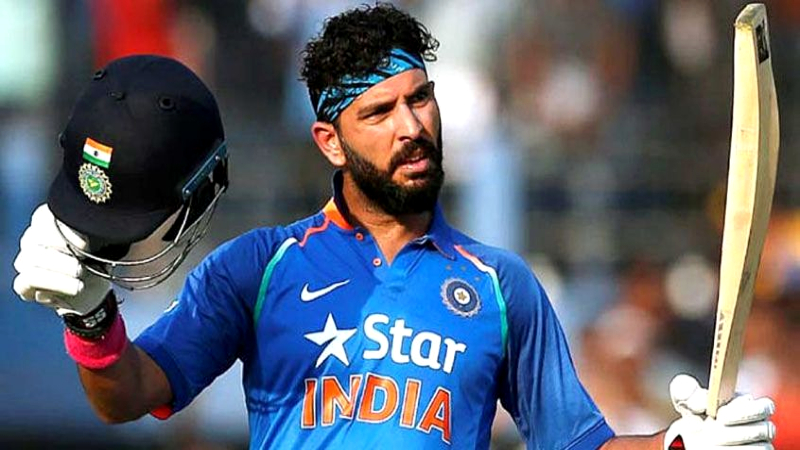 A year after calling time on his international career, Yuvraj Singh has expressed a desire to make a comeback in cricket. The batting all-rounder is aiming to play for Punjab and has written to Board of Control for Cricket in India (BCCI) President Sourav Ganguly seeking permission to come out of retirement.

Yuvraj told Cricbuzz that his motivation behind making a comeback is to help his home state win championships. The 38-year-old said that he is awaiting his former captain Ganguly’s approval to appear for Punjab in the upcoming domestic season.

What propelled Yuvraj to change his mind?

Over the last few months, the Player of the Tournament at the 2011 World Cup had been spending time in the nets with Punjab’s rising cricketing stars Shubman Gill, Abhishek Sharma, Prabhsimran Singh and Anmolpreet Singh.

Yuvraj revealed that during one of the sessions, Puneet Bali, the secretary of the Punjab Cricket Association (PCA), came up to him and asked him to consider playing for Punjab once again as the team could hugely benefit from an experienced player like him.

“Initially, I wasn’t sure that I wanted to take up the offer. I was done with domestic cricket, though I did want to continue to play in other domestic franchise-based leagues worldwide if I got permission from the BCCI. But I also couldn’t ignore Mr Bali’s request. I gave it a lot of thought, for nearly three or four weeks and it was almost as if I didn’t even have to make a conscious decision in the end,” Yuvraj said during a conversation with Cricbuzz.

The left-hander further added he along with Harbhajan Singh would like to contribute towards the development of Punjab cricket.

“The motivation is to help Punjab win championships. Bhajji and, myself, we have won tournaments, but we haven’t done it together for Punjab, so that was a big factor in my final call. If I can contribute in any way to the development of Punjab cricket, then that will be wonderful. After all, playing for Punjab is what paved the way for my international career,” Yuvraj said, adding that he would only be playing T20s.

Well, Yuvraj’s decision has already brought a huge smile on to the faces of millions of cricket enthusiasts worldwide. He had retired from all formats of the game in June 2019.