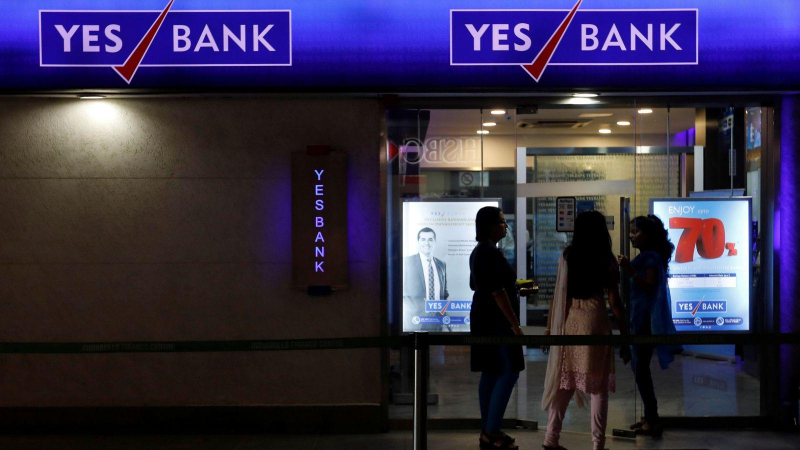 On Thursday, March 5, the Reserve Bank Of India (RBI) brought the Yes Bank crisis to the fore when it issued a 30-day moratorium against the fifth-largest private sector lender in India. What this means is that Yes Bank will not be able to grant or renew any loan, make any investment, incur any liability or agree to disburse any payment. In short, the bank has been barred from performing all banking operations for the next thirty days.

Also, as per the RBI orders, the customers of Yes Bank can withdraw only Rs 50,000 from their accounts till April 3. This move by the central bank comes in the wake of Yes Bank’s perishing liquidity. The bank has repeatedly failed to raise funds over the last few years which is against the RBI’s norms.

But as Yes Bank turned ‘No Bank’ all of a sudden, many were left wondering what went wrong. And so, to give a clear picture of the Yes Bank crisis, I have prepared a timeline that traces the entire fiasco. Also, it will make you realize that the moratorium was actually long due.

Let’s start from the beginning. Yes Bank was founded by two friends, Rana Kapoor and Ashok Kapur, in 2004. In its initial years, it functioned as a small-time bank and then gradually scaled to greater heights.

Yes Bank smooth sailed for the first four years but things took a u-turn in 2008 when Ashok was killed in the 26/11 Mumbai terror attacks. It was Ashok’s unfortunate and untimely death that marked the beginning of Yes Bank’s downfall.

Between 2008 and 2017, Rana took full charge of the banking operations and it was his poor governance that hurt the bank’s financial stability the most. He loaned huge amounts to companies that couldn’t be trusted and they failed to pay back. He could not find investors to raise funds as well.

Rana also did not want Ashok’s name to be associated with Yes Bank anymore and made several attempts to eliminate his late friend from the list of founders. This led to an ugly dispute between Rana’s and Ashok’s families.

Till 2017, the bank’s financial position had deteriorated immensely because of the non-repayment of loans by its borrowers. This prompted the RBI to start keeping an eye on Yes Bank.

In September 2018, when Yes Bank once again failed to raise capital while battling bad loans, the RBI ordered Rana to step down as the CEO. Things did get a little bit better for the bank when it found a new CEO, Ravneet Gill, in March 2019 and the stocks shot up.

However, the happier times did not last for long as Yes Bank was neck-deep in trouble because of the bad loans and Ravneet could not do much about it. Meanwhile, the RBI kept slapping several fines on the bank for violating its norms.

Soon, the account holders sensed that the bank is not in a very good financial condition and started withdrawing their money. This acted as the final nail in the coffin.

A small ray of hope emerged for Yes Bank in these difficult times when they found a Hong-Kong based investor who was ready to put in a lot of money. But, as the bank later learned that the investor was going through some legal troubles, it did not know what to do anymore.

Till 2019, loans worth Rs 17,134 crores had gone bad and more than Rs 1 lakh crore was withdrawn by its depositors. Hence, Yes Bank was under serious liquidity crisis.

And this is why the RBI finally decided to step in and imposed the 30-day moratorium in order to find a solution to get Yes Bank back on its feet.

Can Yes Bank bounce back?

Yes, it can. And it should. Because even though the bank has been capital-starved for years, it did not ever incur heavy losses. In fact, it registered huge profits in 2017. The two main reasons for its collapse have been non-repayment of loans and poor fund-raising.

And because all of this gave a bad reputation to Yes Bank, the account holders stopped trusting it with their money and did withdrawals.

The RBI has come into the picture at the right time as it wants to make sure that things do not go out of hand. Finance Minister Nirmala Sitharaman has readied a restructuring scheme for Yes Bank and has assured the depositors that their money is safe.

Also, the State Bank of India (SBI) is expected to invest Rs 2,450 crore in Yes Bank and take over its management.

So, in conclusion, all is not lost for Yes Bank and there is a very good chance that it will revive. And let’s hope that it does.

At last, I want to leave you with this genius Twitter thread that uncovers the Yes Bank crisis in the most interesting way possible.