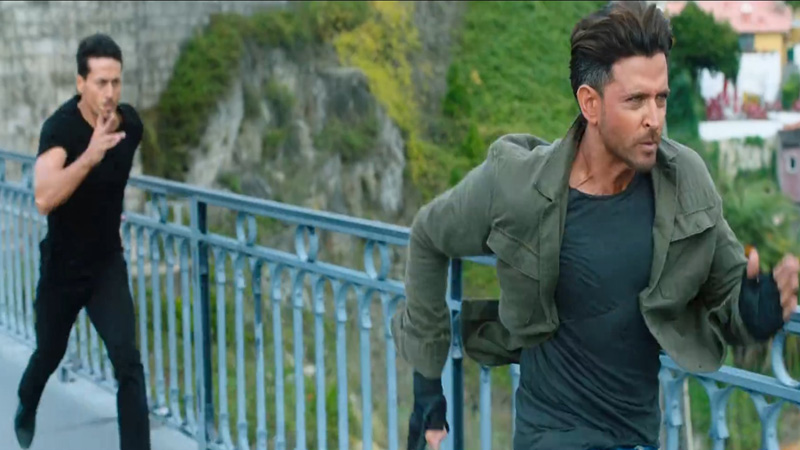 When the news of Hrithik Roshan and Tiger Shroff coming together for an action flick came out, it sent movie buffs into a frenzy. The excitement level doubled up when the first teaser of the film, which has been titled as War, came out. Giving out glimpses of some breathtaking action sequences, the teaser took the craze for the film to an unprecedented point. It also sky-rocketed the expectations from War trailer, which dropped just a while ago and has left us jaw-dropped.

The Siddharth Anand directorial has Hrithik and Tiger pitted against each other. The War trailer gives us a basic idea about the storyline as we see a determined Tiger on a hunt for his former mentor Hrithik. The 2 minutes 25 seconds long trailer boasts of stunning locales and never seen before action scenes. The chase and fighting sequences between the two lead actors make for the highlights of War trailer.

It would be safe to say that the trailer has lived up to the hype and the mammoth expectations people had from it.

Produced by Aditya Chopra under his banner Yash Raj Films, the film also stars Vaani Kapoor. She can be seen romancing Hrithik in War trailer.

War marks Hrithik’s second outing with Siddharth and YRF after Bang Bang and Dhoom 2 respectively. The film will be out on October 2.