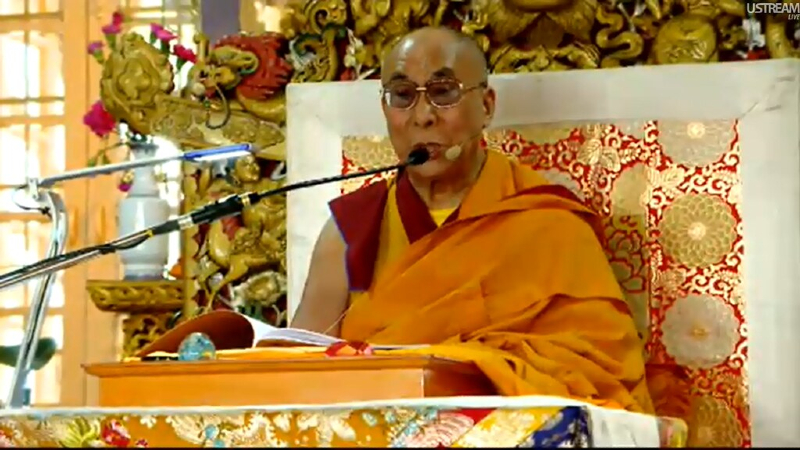 In 1959, Tibetan spiritual leader the 14th Dalai Lama had to flee from Tibet after China seized control of the peace-loving nation for its political gains. The Dalai Lama, along with tens of thousands of Tibetans, crossed the border into India and were granted refuge by the then Jawaharlal Nehru-led Indian government.

Born as Tensin Gyatso, the Dalai Lama eventually settled down in Dharamshala, Himachal Pradesh, and established the Tibetan government-in-exile, known as Central Tibetan Administration, which he continues to head to date. The rest of the Tibetans formed multiple settlements in different parts of the country. Presently, over 1,60,000 Tibetans reside in India.

On the occasion of the Dalai Lama’s 85th birthday, which was on July 6, Monday, the United States (US) called out China for its forceful occupation of Tibet since the 1950s. The US also acknowledged India’s role in Tibet’s struggle for independence.

Taking to Twitter, the US Department of State wrote, “Happy 85th birthday to His Holiness @DalaiLama, who has inspired the world through his peace ​& kindness, and as a symbol of the struggle for Tibetans and their heritage. We thank India for hosting His Holiness and Tibetans in freedom since 1959 & wish His Holiness happiness.”

Both the US and Tibet have voiced their support for India in the ongoing clash with China along the Line Of Actual Control (LAC) in Ladakh.

Slamming the communist county for its expansionist policy, Prime Minister of Tibetan government-in-exile Lobsang Sangay said that India-China border dispute will be resolved if Tibet gains independence as India originally shares a major portion of its border with Tibet and not with China.

On the other hand, US President Donald Trump has on multiple occasions slammed China for disrupting peace in Asia by trying to occupy the territories of most of its neighboring countries including India.