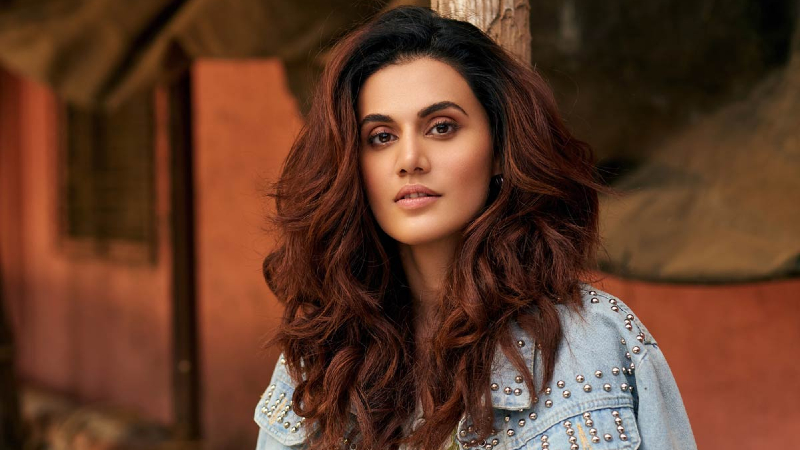 Taapsee Pannu, who has not shied away from supporting Rhea Chakraborty, is not very pleased with her arrest by the Narcotics Central Bureau (NCB) in connection with a drugs case that emerged during the investigation of Sushant Singh Rajput’s death.

Despite getting brutally trolled for stating that media is portraying Rhea in a bad light, Taapsee took to her Twitter account and cited a news report to claim that Rhea used to procure drugs for Sushant but never consumed any of it herself.

The Pink actress also pointed out that Rhea has not been proved to be a murderer or a gold digger, which the media is making her out to be.

“So she was neither a gold digger nor a murderer but she consumed/transferred drugs. This is clearly not related to Sushant so congratulations to the person whose case this was,” wrote a seemingly furious Taapsee.

Indicating that Sushant was hooked to drugs, Taapsee went on to question whether the NCB would have arrested him as well if he were alive. She then added sarcastically that Rhea must have forced him to take drugs.

“Correction. She wasn’t consuming. Financing and procuring for Sushant. So in that case, if he was alive he would’ve been put behind bars too? Oh no. She must’ve forced the drugs onto him. Sushant must’ve been force-fed marijuana. Yes, that’s what it is exactly. We did it guys,” Taapsee said in another tweet.

Furthermore, Taapsee implied that Rhea’s actual crime was that she did not stop Sushant from consuming drugs.

“How dare she doesn’t school a grown-up, independent, intelligent, educated man that how unhealthy it is to consume drugs. Or maybe she sprinkled the marijuana in his salad and he was totally unaware,” Taapsee added.

Earlier, Taapsee had sided with Rhea when she slammed reports that labelled her as a gold digger.

“Every woman who is with a relatively more successful man is NOT a ‘gold digger’ and for the rest, truth and investigating agencies will do their job. One step at a time,” she had tweeted.

Taapsee’s previous tweet had invited an immense amount of flak and her recent posts are being subjected to heavy criticism as well. She is continuously facing social media’s wrath for supporting Rhea, who has been accused of abetting Sushant’s suicide by the late actor’s family.

Rhea has been sent to 14-day judicial custody as she confessed to being involved in the purchasing of drugs. Sushant and Rhea were said to be dating since the start of 2019 but never admitted their relationship in public. Sushant was found dead in his Mumbai home on June 14.