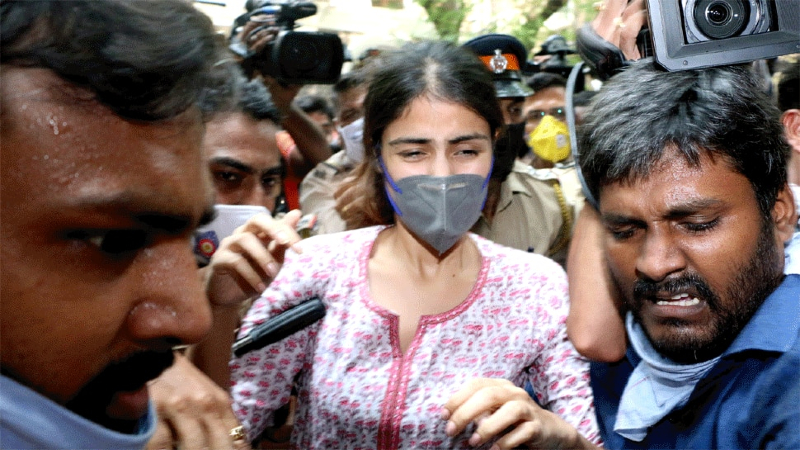 Rhea Chakraborty, who has been in the eye of storm since Sushant Singh Rajput’s family accused her of abetting the actor’s suicide in an FIR, was arrested on Tuesday (September 8) by the Narcotics Control Bureau (NCB).

According to sources, the model-turned-actress confessed to procuring drugs for Sushant and even consuming them herself at times, something which she denied during her recent TV interviews. Rhea was grilled by the NCB for three days straight before being taken into custody.

Rhea, 28, is the eighth person to be arrested in connection with Sushant’s death case which is currently being investigated by the Central Bureau of Investigation (CBI). Her brother Showik Chakraborty, Sushant’s domestic help Deepesh Sawant and his house manager Samuel Miranda are among the others who have been locked up.

Soon after the news of Rhea’s arrest was made public, her lawyer Satish Maneshinde said that the three central agencies – NCB, CBI and Enforcement Directorate (ED) – are hounding a woman for being in love with a “drug addict”.

“Travesty of justice. Three central agencies hounding a single woman just because she was in love with a drug addict who was suffering from mental health issues for several years and committed suicide due to consumption of illegally administered medicines, drugs,” the lawyer said.

Media reports say that Rhea is likely to be taken to a government hospital where she will undergo medical tests. The NCB had come into the picture after a drug case emerged in connection with Sushant’s death case.