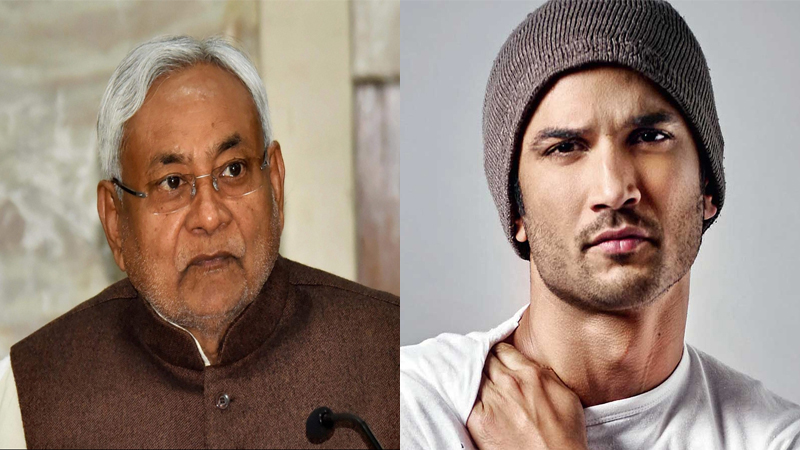 Considering there is tremendous public sentiment towards unearthing of truth behind Sushant Singh Rajput’s sudden demise, Bihar Chief Minister Nitish Kumar has made his first statement on the matter.

The Bihar CM has assured that the death case of the Patna-born actor will be handed over to the Central Bureau of Investigation (CBI) if his family demands it. Meanwhile, he said, the Bihar Police will continue its probe based on the FIR filed by Sushant’s father KK Singh against Rhea Chakraborty and five others.

In response to the complaint filed by Singh with the Bihar Police, Rhea petitioned for transferring of the FIR from Patna to Mumbai. Subsequently, the Bihar government moved the Supreme Court to oppose her petition and the matter is to be heard on August 5.

Sushant’s family members approached the Bihar Police as they were not satisfied with the handling of the case by the Mumbai Police. As a result, the Mumbai Police has come under heavy fire and the demand for a CBI enquiry has grown.

As questions are being raised on the credibility of the Mumbai Police, Maharashtra Chief Minister Uddhav Thackeray said that people must trust their efficiency. He asserted that the Mumbai Police know their job well and will conduct a thorough probe.

Appealing to not politicise the matter, Thackeray said, “If anyone has any evidence they can bring it to us and we will interrogate and punish the guilty. Please don’t use this case as an excuse to create friction between Maharashtra and Bihar.

Sushant, 34, was found hanging in his Mumbai apartment on June 14. It has been alleged that the Dil Bechara actor committed suicide due to depression. However, his family and close friends have pointed there is much more to the story than what meets the eye and have blamed Rhea for instigating him to take the extreme step.

Rhea has been accused of withdrawing huge sums from his bank account, tampering with his medications and conspiring against him among other offences.