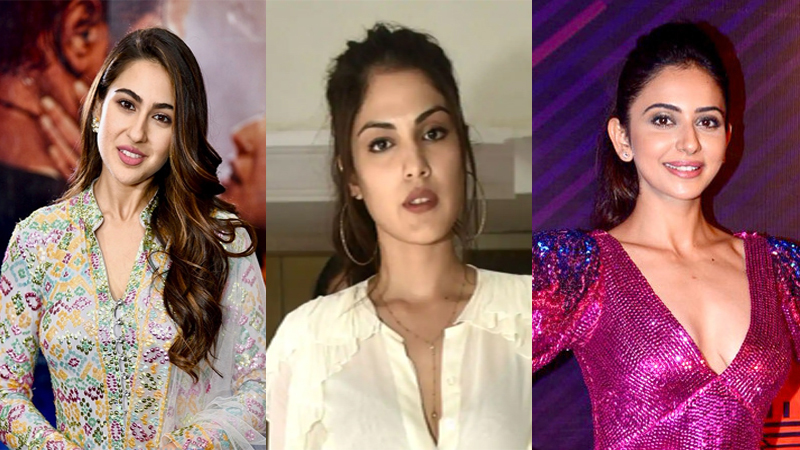 The drugs angle which emerged during the investigation of Sushant Singh Rajput death case is getting murkier by day. Rhea Chakraborty, who was recently arrested by the Narcotics Central Bureau (NCB) after confessing to procuring and consuming narcotics substance, named at least 25 other Bollywood celebrities during her interrogation.

Now, out of the 25 individuals, three names have come to fore and they are quite shocking, to say the least. According to a Times Now report, Rhea named Sara Ali Khan, Rakul Preet Singh and designer Simone Khambatta in the ongoing drugs case.

The report further states that Rhea confessed that Sara, Rakul and Simone would often consume drugs with him and Sushant. She also revealed that Sushant got hooked to drugs during the shooting of the Kedarnath, the debut film of Sara.

The claims are being made on the basis of Rhea’s 20-page long statement to the NCB which the channel was able to access. The NCB is closely monitoring the situation as it involves several high-profile names and will soon be launching a crackdown on the Bollywood drug cartel by issuing summons to all those named by Rhea.

However, the NCB has denied any such development.

Accused of abetting Sushant’s suicide and money-laundering, Rhea was interrogated for three days straight before being finally taken into custody by the drug federal agency. Seven other persons including Rhea’s brother Showik Chakraborty are also behind the bars presently.

The sister-brother duo had filed a bail plea which the Sessions Court rejected and the two will remain in judicial custody till September 22.