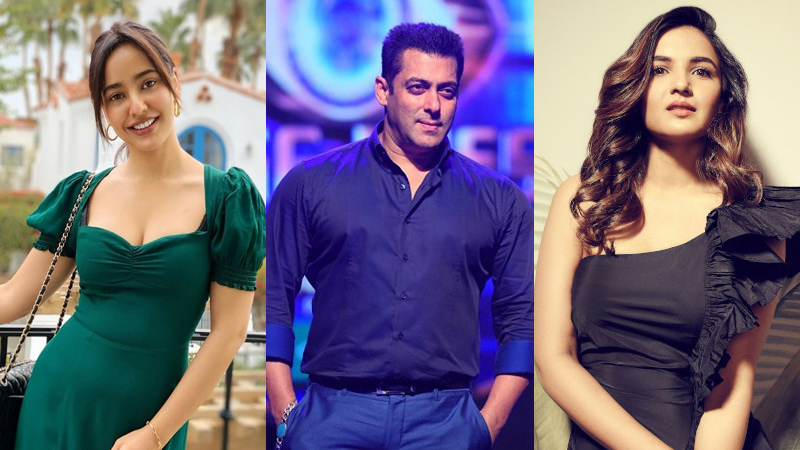 Salman Khan is all set to return to the small screen for the umpteenth time with a brand new season of the blockbuster reality show Bigg Boss. The makers recently announced that Bigg Boss 14 will have a grand premiere on October 3 and the fans haven’t been able to keep calm ever since.

Aiming to emulate the stupendous success of the last season, which got extended by a month on popular demand, the showrunners are leaving no stone unturned to make Bigg Boss 14 a runaway hit.

From getting some big names to be a part of the latest season to inviting ex-contestants Sidharth Shukla, Hina Khan and Gauahar Khan as guests, the creative team of Bigg Boss 14 is ensuring to deliver a massive dose of entertainment to the viewers this year.

While the complete list of contestants for the new season of Salman Khan hosted show is yet to be finalized, here are the names of seven celebrities who are certain to get locked inside the Bigg Boss house –

The audience of Bigg Boss must already be familiar with Jasmin as she made several appearances in the last season to support Sidharth Shukla. She has been a part of a show called Dil Se Dil Tak which co-starred Sidharth and Rashami Desai, another Bigg Boss 13 contestant. Besides, Jasmin was also seen in Naagin 4, Khatron Ke Khiladi season 9 and in the recently concluded Khatron Ke Khiladi – Made In India as well.

Probably one of the most interesting names this season, Neha will surely entice a lot of film buffs to get hooked to Bigg Boss 14. Having made her Bollywood debut alongside Emraan Hashmi in Crook, Neha went on to appear in movies such as Yamla Pagla Deewana 2, Mubarakan and most recently in Tanhaji: The Unsung Warrior. She also appeared in a music video with Bigg Boss 13 winner Sidharth a couple of months ago.

Son of legendary singer Kumar Sanu, Janu has also been finalized for Bigg Boss 14. According to reports, he was approached after Aditya Narayan had refused to be part of the show.

Pavitra will be continuing the trend of Spiltsvilla or Roadies contestants appearing on Bigg Boss. Having started her career with Spiltsvilla season 3 back in 2009, she has starred in several popular daily soaps such as Love u Zindagi, Yeh Hain Mohabbatien, Naagin 3 and Kavach. Also, she had dated Bigg Boss 13 fame Paras Chhabra in the past. The two had an ugly breakup.

Best known for portraying Akshat Jindal in Guddan Tumse Na Ho Paayega, Nishant will also be entering the Bigg Boss house. He had recently quit the daily soap to be able to take part in the controversial reality show.

The winner of Splitsvilla season 10, Naina has been confirmed to be a part of Bigg Boss 14. She is better known for playing Rhea Mehra in Ekta Kapoor’s long-running show Kumkum Bhagya.