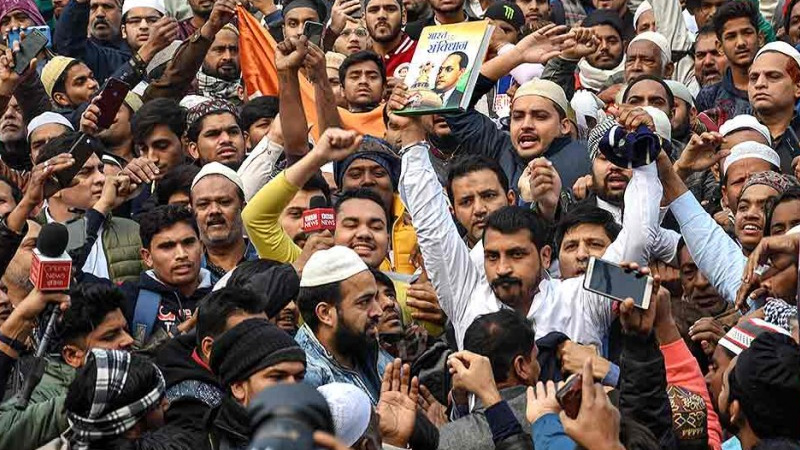 The Delhi Police today got an earful from Additional Sessions Judge, Kamini Lau, during the hearing of Bhim Army chief Chandrashekhar Azad’s bail plea at Delhi’s Tis Hazari court. Stressing that protesting peacefully anywhere in the country is a constitutional right of the citizens, Judge Lau came down heavily on the cops as well as on the Additional Public Prosecutor, Pankaj Bhatia.

Azad was put behind the bars on December 21 after violence broke out in Old Delhi’s Daryaganj area during the protests against the Citizenship (Amendment) Act (CAA). He had participated in a march from Jama Masjid to Jantar Mantar on December 20.

When Bhatia pointed out that the march was organized without police permission, Judge Lau countered him saying, “The apex court has said that repeated use of 144 is abuse. Many people protest even outside parliament.”

Further, Bhatia claimed that Azad, through his posts on social media, tried to incite violence by asking people to come and protest near Jama Masjid. To this, Judge Lau said that there is nothing wrong with protesting outside religious places.

“You are behaving as if Jama Masjid is Pakistan. Even if it was Pakistan, you can go there and protest. Pakistan was a part of undivided India,” she added.

The rest of the 15 people who were arrested in the case had been granted bail by the court on January 9.