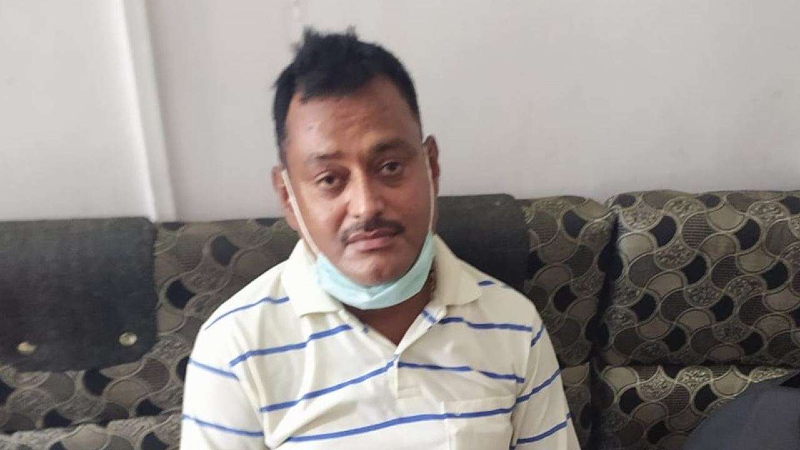 The encounter of gangster Vikas Dubey by the Uttar Pradesh police has certainly not come as a surprise. The killing of the dreaded history-sheeter, who shot dead eight policemen in Kanpur, has sparked a nationwide debate.

While a faction is raising questions regarding the dubious nature of the UP police’ narrative of Vikas Dubey’s encounter, the locals of his native village in Kanpur breathed a huge sigh of relief.

However, while expressing their contentment over the killing of Vikas Dubey, the residents of Bikru village talked about the gangster’s political clout.

Speaking to News18, one of Vikas Dubey’s neighbours said, “We were all victims of his terror and had made innumerable complaints to the police. In 2013, we even wrote a letter to the then Chief Minister but no action was ever taken against him. We never saw Vikas Dubey’s clout getting weak. All the politicians supported him and a former MLA used to tie him rakhi and claimed that he was her brother.”

Further, recounting the ordeals of the entire village, the neighbour said that it was mandatory to greet him whenever he passed through and if someone failed to do so, he was brutally thrashed by his men.

“Our fathers, uncles and other family members were beaten up mercilessly on petty issues. We were not allowed to raise our heads when he was around. Today is not less than any festival for us. God has answered our prayers,” the neighbour added.

The story of Vikas Dubey’s encounter

Vikas Dubey was killed while he was being taken from Ujjain, where he was arrested, to Kanpur. According to the UP police officials, the vehicle carrying him met with an accident and he tried to escape, prompting cops to fire bullets.

Four policemen, including an inspector posted in Nawabganj, were injured in the incident.