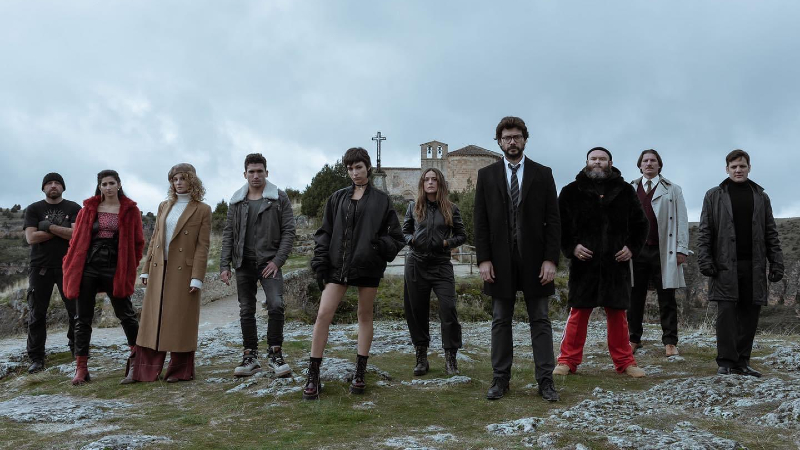 The Professor and his notorious gang will return for the one last time with Money Heist season 5, confirmed Netflix on Friday, July 31. Originally titled Le Casa De Papel, the Spanish television series enjoys a tremendous fan base across the globe and is arguably the most loved show of modern times.

With Alicia Sierra tracking down the Professor and the gang finally getting hold of Gandia, the stage is set for a mega finale which the millions of viewers cannot wait to watch. However, the Netflix original will come to an end with the completion of the heist at the Bank of Spain.

The final season will consist of 10 episodes and will also see an addition of two new cast members – Miguel Ángel Silvestre and Patrick Criad.

Alex Pina, the creator of the phenomenon that is Money Heist, has dubbed the final season to be the “most epic of all the parts”.

“We’ve spent almost a year thinking about how to break up the band. How to put the Professor on the ropes. How to get into situations that are irreversible for many characters. The result is the fifth part of La Casa de Papel. The war reaches its most extreme and savage levels, but it is also the most epic and exciting season.”,” said Pina.

The crime drama series, which aired its first season in 2017, features an ensemble – Álvaro Morte as the Professor, Itziar Ituño as Raquel/Lisbon, Úrsula Corberó as Tokyo, Miguel Herrán as Rio, Jaime Lorente Lopez as Denver, Darko Peric as Helsinki, Esther Acebo as Monica, Pedro Alonso as Berlin and Alba Flores as Nairobi.