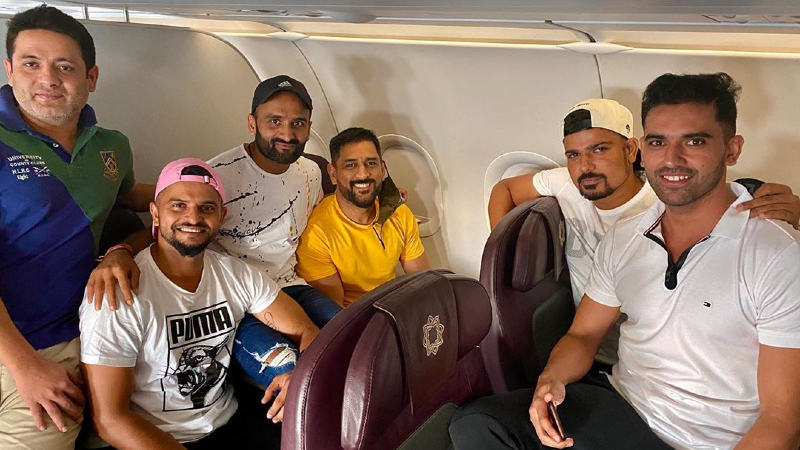 The excitement to see Mahendra Singh Dhoni back on the cricket field is higher than that for the 2020 edition of Indian Premier League (IPL) itself. The fans of Chennai Super Kings (CSK) skipper have been tracking his every move ahead of the start of the tournament.

In the latest development, MS Dhoni underwent a test for COVID-19 in accordance with the safety protocol set by the Board of Control for Cricket in India (BCCI) and the results came out to be negative.

The 39-year-old then took off from his hometown Ranchi and arrived in Chennai to attend a week-long training camp with the rest of his CSK teammates.

As the official Twitter handle of CSK posted a photo of Dhoni from the airport, his fans went berserk to have finally caught a glimpse of their Thala and he has been trending on Twitter since.

Dhoni has been away from international cricket for over a year since India lost to New Zealand in the 2019 Cricket World Cup semi-final.

Also, speculations were rife that IPL 2020 could be Dhoni’s last tournament but CSK CEO Kasi Viswanathan recently said that he is expected to play till 2022.

Dhoni, along with the rest of the members of the franchise, will undergo another round of COVID-19 tests before flying to the United Arab Emirates (UAE) for IPL 2020.

The 13th edition of the world’s biggest cricketing tournament will kickstart from September 19 with the first clash between defending champions Mumbai Indians and CSK.