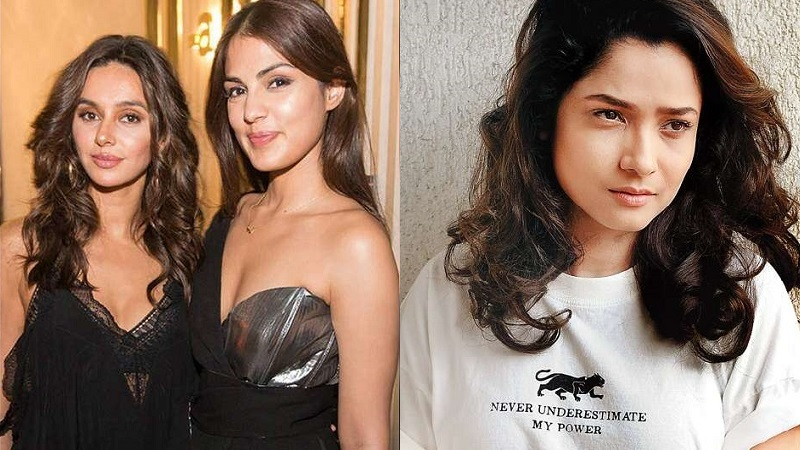 Shibani Dandekar has drawn the whole of Internet’s ire by putting out a tweet targeting Ankita Lokhande, who has been at the forefront in the fight for justice for her former partner Sushant Singh Rajput.

After extending support to her close friend Rhea Chakraborty, Shibani resorted to pulling down Ankita and labelled her as the “princess of patriarchy”. She alleged that Ankita has been portraying Rhea as a “witch” in order to stay in limelight and earn “two seconds of fame”.

“This woman clearly wants her 2 seconds of fame and has capitalised on Rhea being targeted because she has had never dealt with her own relationship issues with Sushant. She has been the driving force behind this and she needs to be called out!” Shibani said on Twitter.

The 40-year-old singer’s reaction came in response to an open letter posted by Ankita in which she termed Rhea as “careless and irresponsible” for letting Sushant allegedly consume drugs even when he was suffering from depression.

However, Shibani’s vicious attack on Ankita infuriated the netizens who then slammed her left, right and centre. Giving her a reality check, Twitter users pointed out that Ankita does not require any publicity as she is far more accomplished and popular than both her and Rhea combined.

“Ankita is a successful TV and film actress whereas you are only known as Farhan Akhtar’s girlfriend. Ankita doesn’t need to pull cheap gimmicks to gain publicity,” replied one Twitter user to Shibani’s tweet while another wrote, “I didn’t even know who @shibanidandekar was until I saw #AnkitaLokhande trending. So it’s you ma’am who needs 2 seconds of fame.”

Furthermore, the highly offended netizens vented out their resentment towards Shibani by altering her Wikipedia page to describe her as a “gold digger”.

“Shibani Dandekar is an Indian singer, actress, gold digger, anchor & a known host. She began her career working as a television anchor in American television. She came back to India and had an affair with Farhan Akhtar. She spews vermin on social media and is a known supporter of a criminal. She only brings shame to this wonderful country. She attacks queen Kangana and Ankita on social media. She got her 2 minutes of fame,” her Wikipedia introduction read briefly.