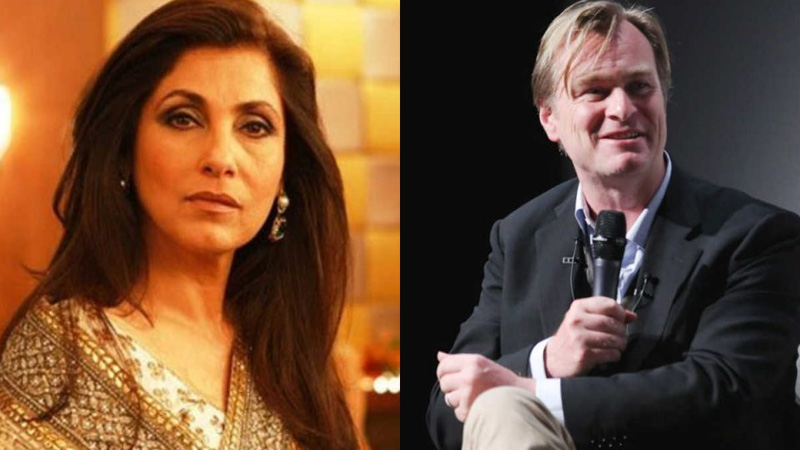 It is every actor’s dream to work with Christopher Nolan at least once in their careers. Over the last few decades, the ace Hollywood filmmaker has given us several masterpieces such as The Dark Knight trilogy, Inception, Interstellar and most recently Dunkirk. Now, Nolan is all set to start his next venture which is a follow-up to Dunkirk (2017) and is titled Tenet.

And in what has come as a pleasant surprise to Bollywood fans and celebrities alike is that Dimple Kapadia will be featuring in it. Yes, the 61-year-old actress will be working with Nolan in Tenet which also stars John David Washington, Elizabeth Debicki and Robert Pattinson.

Besides these names, the action film will also feature Aaron Taylor-Johnson, Kenneth Branagh, Clemence Poesy and Michael Caine and will be shot across as many as seven countries.

Well, Dimple joining the cast of Tenet is certainly a huge moment for the Hindi film industry and many Bollywood celebrities have taken to social media telling how proud they are of the Bobby actress.

Check out their reactions.

Given that Dunkirk was a massive success and even earned itself and Nolan the Best Picture and Best Director Oscar nominations respectively, the expectations from Tenet will be sky high. Being produced by Nolan himself along with Emma Thomas, the film will release on July 17, 2020.