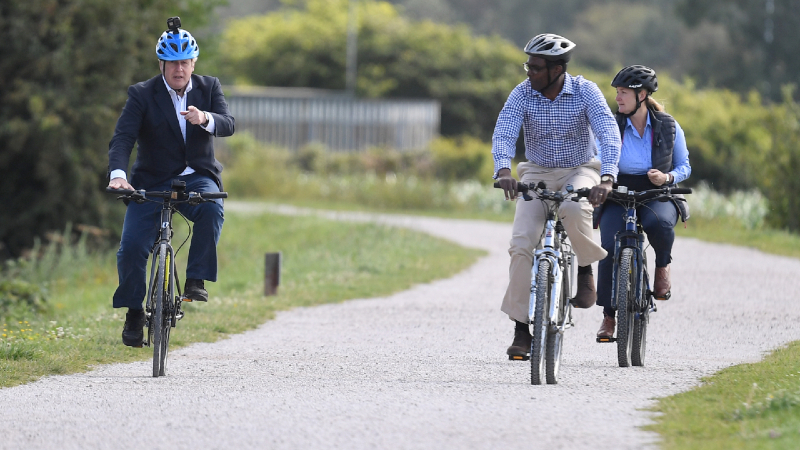 Social media went berserk when it noticed that the United Kingdom (UK) Prime Minister Boris Johnson rode a made-in-India bicycle as he launched a health initiative to encourage his countrymen to walk and cycle more often.

The 56-year-old Conservative Party leader rode a bicycle manufactured by Indian company Hero Cycles to Canalside Heritage Centre at Beeston in Nottingham, England, on Tuesday (July 28). Pictures of Johson on a Hero Viking Pro bicycle are all over the Internet.

Taking to his Twitter account, the UK PM himself posted several images from the launch event and wrote, “Cycling and walking have a huge role in tackling some of the health and environmental challenges that we face.”

“UK’s Boris Johnson is rewriting the dated motoring rules for a brighter, cleaner, and decongested city life ahead. Salute you, as you set the tone for the world. Hero, world number 1, is committed to serve the UK market through Insync & Lectro Ebikes,” Munjal said.

Further, Union Commerce and Industry Minister Piyush Goyal also took note and tweeted that he is delighted with a made-in-India cycle helping kickstart a health campaign in the UK.

Goyal didn’t miss the opportunity to promote home-grown brands and companies as he said that Indian products are without a doubt the best recipe for nursing back the health of the COVID-hit world.