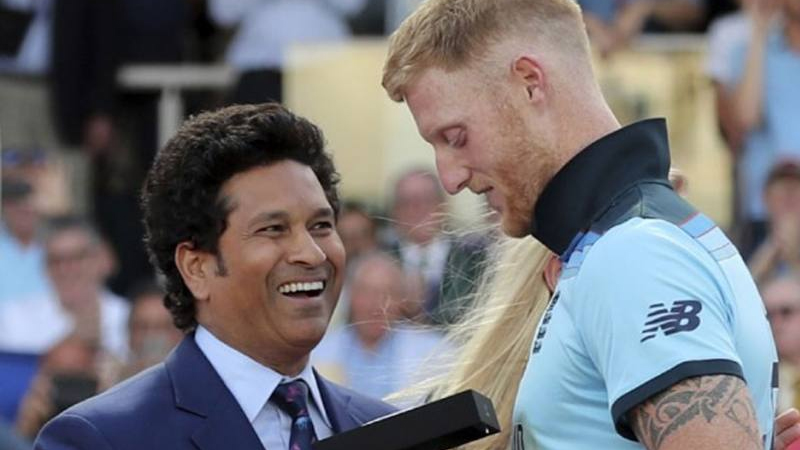 The excitement for the Test series between England and Windies, which marks the resumption of international cricket amid the ongoing COVID-19 pandemic, is on par with any International Cricket Council (ICC) tournament, if not less.

All eyes are set on the ICC Player of the Year 2019 Ben Stokes as he is donning the captain’s hat for the very first time. Regular England skipper Joe Root has opted out of the first Test match, which starts Wednesday, to attend the birth of his second child.

Though Ben Stokes has not even led a first-class team in his career, India legend Sachin Tendulkar is confident that he will excel in his new role.

While previewing the three-Test series with West Indies batting great Brian Lara, Sachin Tendulkar asserted that Ben Stokes has the ability to control his aggression, just like Mahendra Singh Dhoni.

“Ben Stokes is someone who is going to lead from the front. We have seen that on a number of occasions. He is aggressive, positive and can be slightly defensive as well, depending upon the situation. I always feel controlled aggression produces results and so far whatever I have seen, the aggression has been there but it is controlled,” said Sachin Tendulkar.

Taking into account the trajectory of Ben Stokes’ personal growth, Sachin Tendulkar further pointed out, “From what he has been through in the recent past to where he is today, it is a total transformation and it can happen only to someone who is mentally strong. When I first looked at him a few years ago, I could see his body language was so positive and vibrant.”

The much-awaited first Test between England and Windies is currently underway in an empty Southampton stadium with the new English skipper deciding to bat first.

Before the start of the play, the players of both the teams took a knee to support the anti-racism movement #BlackLivesMatter.