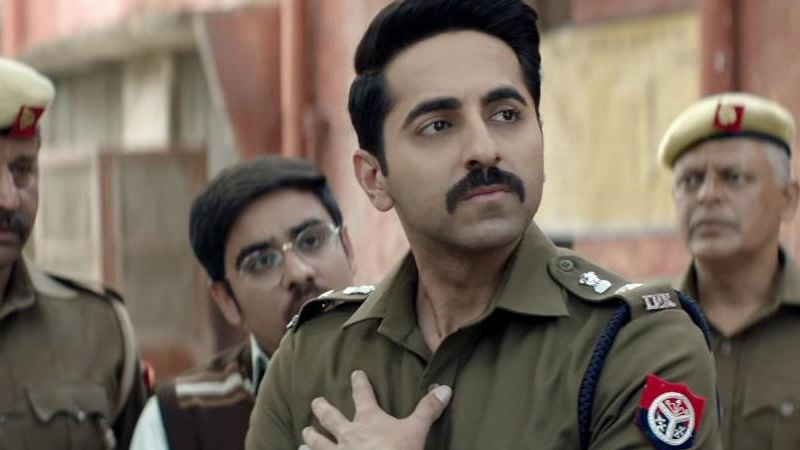 Ayushmann Khurrana’s Article 15, which arrived just a week after Shahid Kapoor and Kiara Advani starrer Kabir Singh, has managed to put up a solid total over the weekend. The Anubhav Sinha directorial did very well to survive the stiff competition from Kabir Singh which is running riot at the box office in its second week as well.

Article 15 opened on a decent note on Friday as it raked in Rs. 5.02 crore and became Ayushmann Khurrana’s second biggest opener behind Badhaai Ho. The first-day figures were actually pretty good considering the niche subject of the film.

On Saturday, Article 15 registered a healthy growth as it went on to collect Rs. 7.25 crore. However, the film could not perform to its full potential on Sunday due to an important match between India and England in the ongoing ICC Cricket World Cup 2019. Therefore, Article 15 earned only a little more on Sunday – Rs. 7.77 crore, taking its first weekend total to Rs. 20.04 crore.

Despite the limited growth on Sunday, the first weekend numbers of Article 15 are commendable and the credit for it goes to Ayushmann who has gained audience’s trust with back to back good films. Article 15 is set to be his fifth success in a row after Bareilly Ki Barfi, Shubh Mangal Saavdhan, AndhaDhun and Badhaai Ho.

On the other hand, Kabir Singh continues its tremendous run at the ticket windows and is about to enter the Rs. 200 crore club. The Sandeep Reddy Vanga directorial amassed a massive Rs. 47.15 crore in its second weekend and now stands at a total of Rs. 181.57 crore.

Article 15 and Kabir Singh will continue to add more moolah in the coming few days as there is no prominent release this week. The next biggie to hit the theatres will be Hrithik Roshan’s Super 30 on July 12.