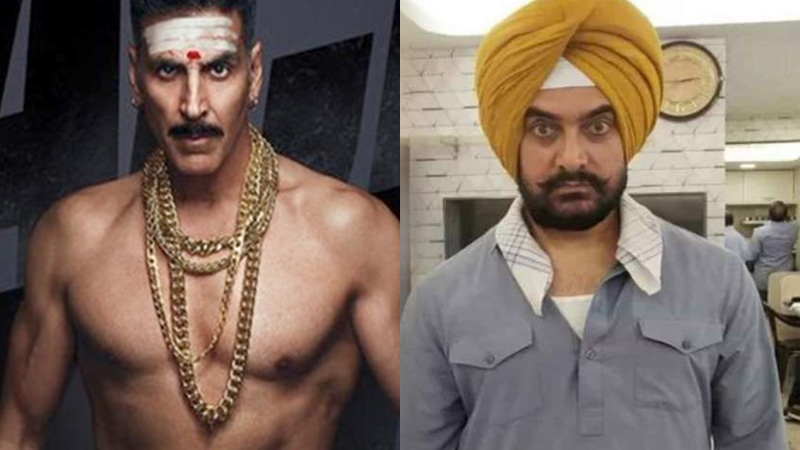 Akshay Kumar today took to social media to announce his newest film titled Bachchan Pandey. The superstar shared the first poster of the film revealing that it will be directed by Farhad Samji and produced by Sajid Nadiadwala.

While the rest of the details including the name of the female lead are yet to be announced, the release date of the film has been revealed along with the poster. Bachchan Pandey will be arriving on Christmas next year and will be clashing with Aamir Khan’s Laal Singh Chaddha at the box office.

Aamir, who has a knack of releasing his films on Christmas, had booked the next year’s Christmas slot for Laal Singh Chaddha, his dream project, earlier this year. However, he will now have to battle it out with Akshay at ticket windows.

Bachchan Pandey marks Akshay’s second collaboration with Farhad Samji after Housefull 4, which is slated to release later this year and is also produced by Sajid Nadiadwala.

On the other hand, Laal Singh Chaddha, a remake of Tom Hanks’ Forrest Gump, will be directed by Advait Chandan of Secret Superstar fame and will be produced by Aamir himself. Kareena Kapoor Khan will feature alongside Aamir in the film.

With Laal Singh Chaddha, Aamir will be appearing on the big screen after a gap of two years, whereas Akshay will have multiple releases before Bachchan Pandey including Mission Mangal, Housefull 4, Good News, Sooryavanshi and Laxmmi Bomb.

It will certainly be a clash to watch out as both the superstars have a massive fan base. However, there is a chance that it could turn in to a three-way clash as Luv Ranjan’s next starring Ajay Devgn, Ranbir Kapoor and Deepika Padukone might also arrive on Christmas 2020.

However, the makers of Luv’s yet-to-be-titled romantic comedy have not confirmed its release date till yet, even though it was announced way before both Aamir and Akshay’s films.